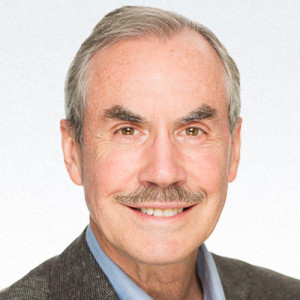 On Brand Media is pleased to congratulate our Partner, John Gehron on his recent honor in receiving the 2017 Rockwell Award for his inspirational leadership and a lifetime of exceptional achievement from radio broadcasting industry group The Conclave. The award was formally presented last week in Minneapolis.

The Rockwell Award honors individuals who have contributed to the industry as an inspirational leader, and a person of great accomplishment. The recipient has made lasting and significant contributions within radio, and also to the public radio serves.

John Gehron began his broadcast career in Philadelphia as Program Director of CBS’s WCAU-FM (now WOGL) in 1970, which was the first major market radio station to try the oldies format.  That success led to being transferred to WCBS-FM in New York to start their oldies format in 1972.

Gehron’s Chicago background stretches back to 1974 where he was Program Director and later General Manager at WLS-AM.  In 1987, he returned to CBS to be General Manager of WODS in Boston, which he converted to the successful oldies format.  In 1989, he joined Pyramid Broadcasting as Vice President and General Manager of WNUA-FM.  There he created a national standard for the “smooth jazz” format and became a major factor in the nation’s third largest radio market.  Following Chicago, Gehron moved on to senior officer and COO positions at American Radio and Infinity Broadcasting, including Senior Vice President of Programming for all of Infinity/CBS.

In 2001 John was Regional Vice President and Market Manager for Clear Channel Chicago’s seven stations as well as handling the surrounding region including Madison, Milwaukee and Eau Claire, Wisconsin. In 2006, he became General Manager of the newly formed Harpo Radio to build an XM satellite channel named Oprah and Friends. In 2009, he formed Broadcast Wisdom to consult media companies. In addition, in 2010 he became the COO, and in 2016 Chairman of AccuRadio, one of the leading internet radio companies.

John Gehron joined On Brand Media in 2014 as Partner, Media specializing in Local Media and is based in Chicago.

The Mystery of Value

One of the most misunderstood concepts in the restaurant industry is the concept of value.…

Taking A Minimalist Approach to (Re)Building a Restaurant Company

I recently wrote a blog post titled “Is Your Brand Addicted To Growth?” The topic of…